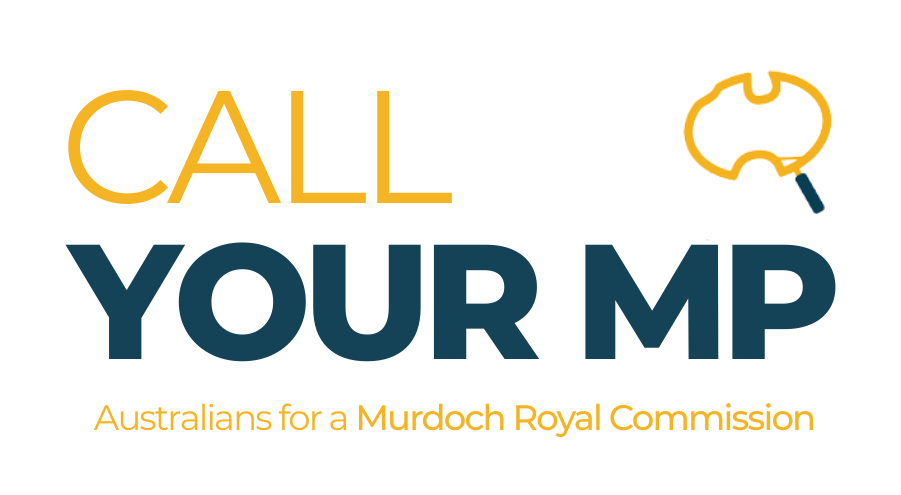 After the parliamentary suspension last week, Independent MP Zoe Daniel’s motion for a Judicial Inquiry into media concentration is back and scheduled for debate this Monday!

But the political landscape remains rocky with Labor’s position divided, and not all crossbenchers yet decided on how they’ll vote. It’s up to us to show Labor MPs there’s a groundswell of support and make sure the crossbench knows just how important reforming our media laws are.

Click here to find your local MPs number and call them to ask for their support!

We’re targeting MPs where we think we can make a difference. If yours isn’t listed, contact Communications Minister Michelle Rowland instead:

Don’t know who your local MP is?

Use this link to find your local MP using your postcode.

Here’s some talking points you might like to use. But remember that members of parliament love to hear from you, their constituents, about why an issue is important to you. So please share your reasons for supporting a Royal Commission, and as always, please be courteous.

Not able to make a call or already done and looking to take more action? Head here to find your MP’s email address. If you’re short on time or want some inspiration for what to say, we’ve provided a template email. Feel free to use it and add your own words as you see fit.

What’s the difference between a Royal Commission and a Judicial Inquiry?

For the purpose of our campaign, they are the same and you can use the terms interchangeably.

A Royal Commission is the highest form of independent inquiry that an Australian government can establish. It has broad powers to summon witnesses, demand documents and obtain answers to complex problems. After hearing evidence, the Royal Commission can make recommendations to government about what laws should be changed to serve interests of the Australian people. Previous Royal Commissions have looked at misconduct in the banking industry, the meat industry and the construction industry.

A Judicial Inquiry with the powers of a royal commission is essentially the same thing. The only difference is that it must be headed by a judge or retired judge.

Last year’s Senate Committee Report on Media Diversity recommended a judicial inquiry with the powers of a royal commission – a position we fully endorse.